The Vision For Our Community
The Leadership to Get it Done

Barbara Gervin-Hawkins is a proven leader who will continue to champion causes for the hardworking families of our community. With over 30 years of experience as a successful businesswoman and committed educator, Barbara will: 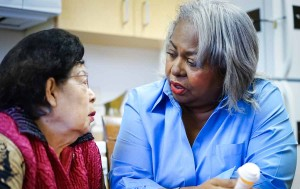 Barbara will work to get Texans the healthcare insurance coverage they deserve and need and help alleviate the burden taxpayers and local communities currently bear as a direct result of overcrowded emergency rooms and clinics. Barbara will make healthcare a top priority by enabling counties to apply directly for Medicaid expansion funds. 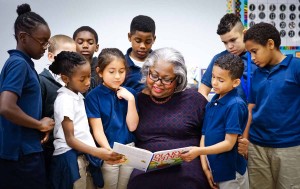 In the past few years District 120 has improved educational conditions for students that are economically disadvantaged or at-risk. Our students are the future and deserve a Representative who will fight for proper funding for our public schools, be an advocate for college affordability — including free community college — and ensure we are nurturing the next generation of leaders. Barbara will fight to end budget cuts in education and fully restore the funding our schools need to help our students grow into the future leaders of tomorrow. As representative, she will work to increase Texas high school graduation rates and work to put an end to excessive standardized testing. 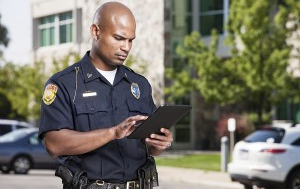 The safety and well-being of Texans should continue to be a top priority to the next Representative. Barbara will work with first responders and local leaders to adopt programs such as the Community Crime Prevention Network and the Neighborhood Cellular On Patrol program to lower crime rates, and fight to pass legislation that lays the framework needed to keep our families safe and help our community flourish. 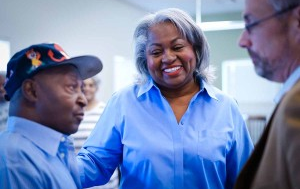 Barbara believes that in order to protect those who protect us we must improve the quality of life for military members, veterans, and their families and support our military bases. Texas is the number one place for active military, veterans, and their families and as such, Barbara believes San Antonio – Military City U.S.A –  has commitment to our veterans across both public and private sectors. As state representative, Barabara will work to get the most out of our military bases like Fort Sam Houston. 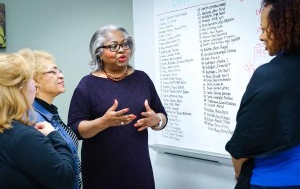 Barbara believes that what’s good for women is good for the entire community.  She understands that many women in our district face social, economic and legal barriers that prevent them from entering and advancing in the workforce. As state representative, Barbara will fight for paid family leave and affordable childcare, and work with law enforcement to address violence against Texas women. 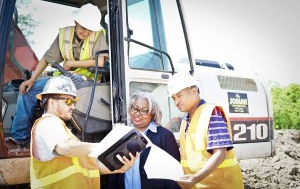 Barbara has a plan to create opportunity, stimulate innovation, and offer the residents of HD120 the tools they need to achieve the American dream. She believes in encouraging entrepreneurship and supporting existing initiatives that provide all Texans with the opportunity to succeed and prosper.  On the same token, she knows creating education and training pipelines is vital to providing the crucial skills and knowledge Texans need as they enter the workforce and advance in their career.

Barbara Gervin-Hawkins was born April 3 1954. The daughter of a single mother, Barbara grew up with her five siblings in Detroit, Michigan.
After graduating from Eastern Michigan University in 1975 with a degree in accounting, Barbara began working at Ford Motor Co. When her brother, NBA Hall of Famer George “The Iceman” Gervin, moved to San Antonio, Texas to play for the Spurs, Barbara moved with him to the Alamo City to work as his personal accountant.
After he retired, Barbara and George founded the George Gervin Youth Center Inc. in 1991, a program that initially focused on providing workforce development services to underprivileged youth. The program became so successful that soon after they added a charter school that currently boasts a 100% graduation rate for over 1,000 at-risk students and employs over 200 San Antonians.
For the past three decades, Barbara has proven to be a strong community leader in many ways.  A former board member of the San Antonio Greater Chamber of Commerce, Barbara has also served on the zoning commission for District 2 and on many other boards in various capacities.
Through innovative thinking and her ability to collaborate with others to get things done, Barbara has brought in over $180 million dollars in revenue for the City of San Antonio and spearheaded the building of over $50 million dollars in real estate projects and affordable housing units in District 120. Her efforts led Barbara to be inducted to the San Antonio Women’s Hall of Fame.
Barbara is a member of Mount Zion First Baptist Church, currently resides in the East Side and works as Superintendent of the George Gervin Academy and Executive Director of the George Gervin Youth Center. 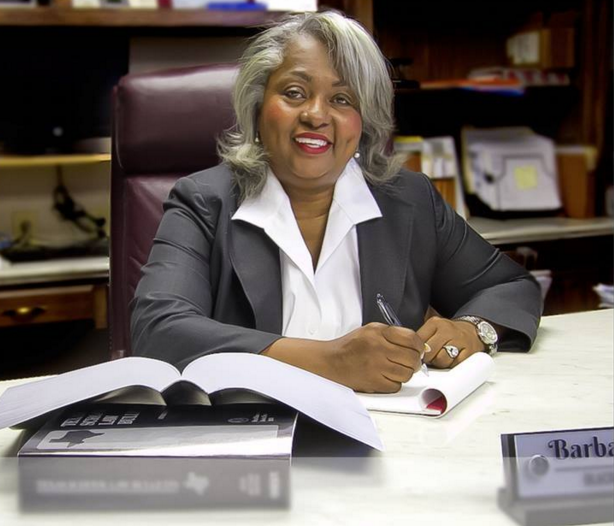 Get Involved with Barbara’s Campaign by signing up to volunteer.